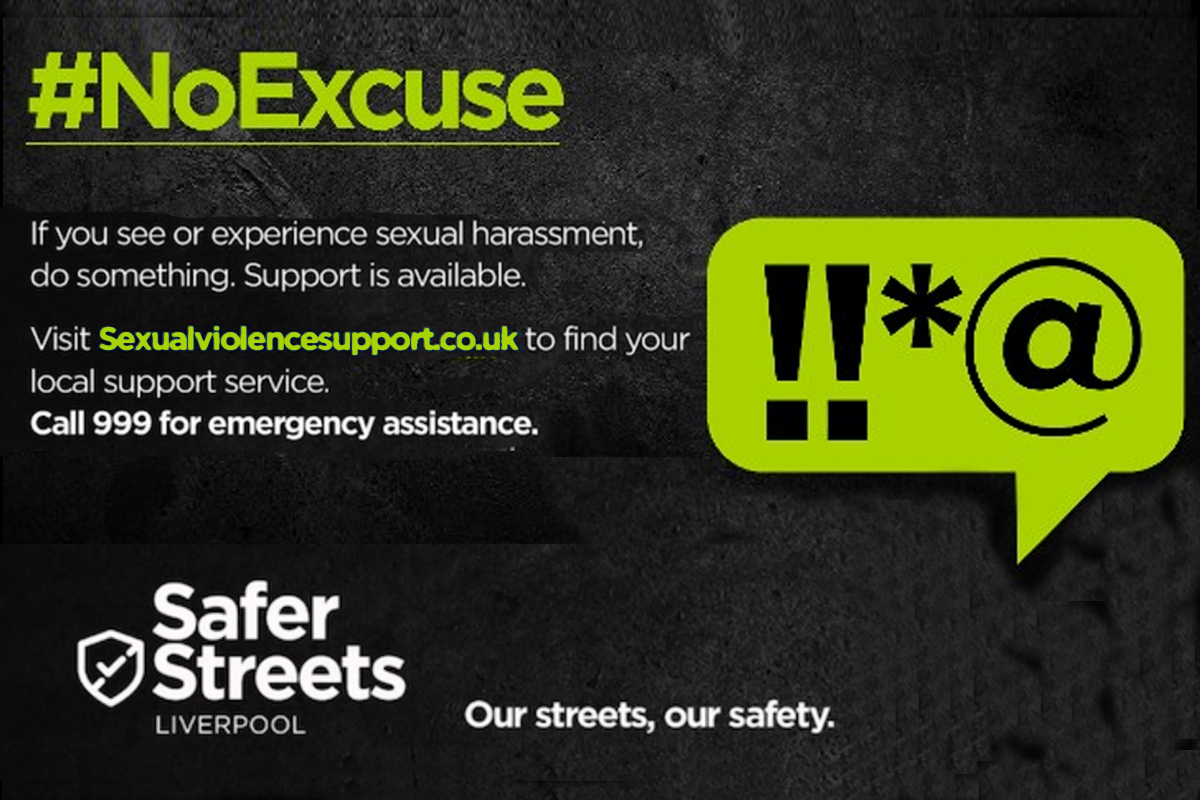 Work is getting underway on a series of measures designed to make Liverpool’s transport network safer for women and girls.

A powerful visual communications campaign highlighting unacceptable behaviours such as touching, groping and stalking has launched.

In response, Safer Streets Liverpool aims to provide a range of new initiatives including: