What is domestic abuse? 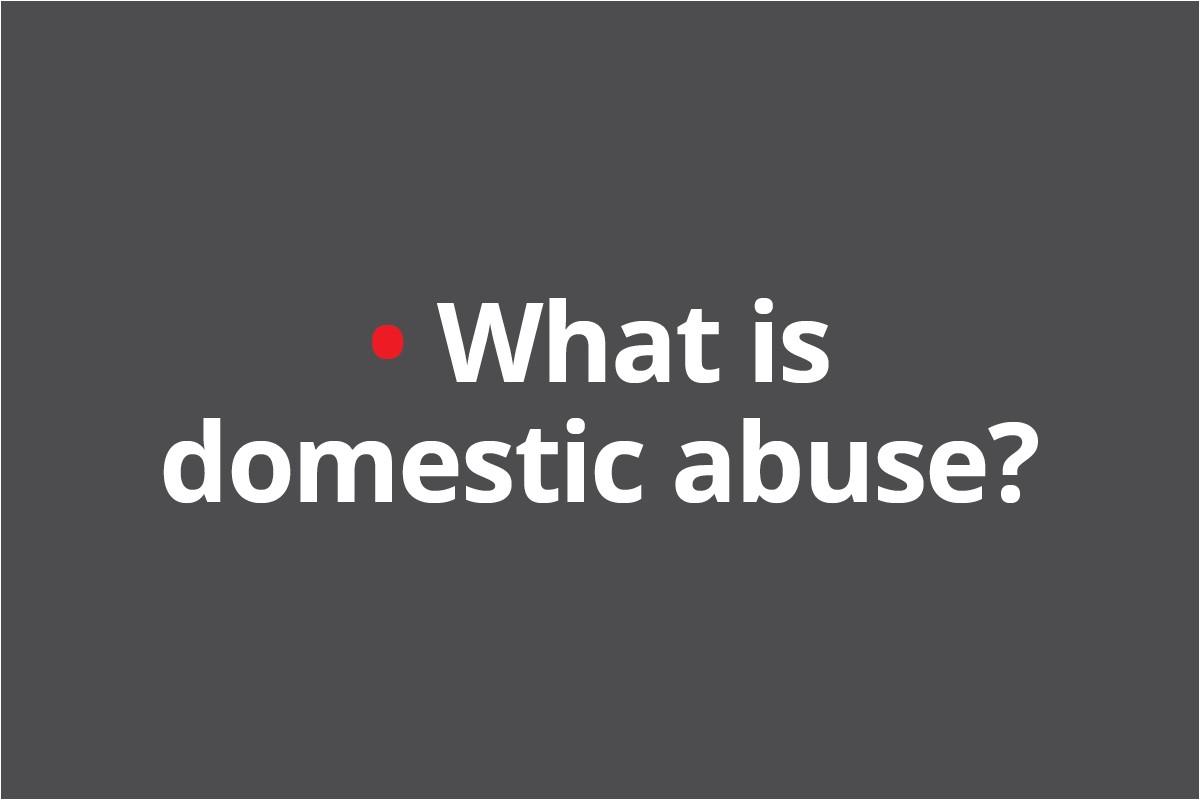 Domestic abuse is any incident or pattern of incidents of controlling, coercive or threatening behaviour, violence or abuse between those aged 16 or over who are or have been intimate partners or family members, regardless of gender or sexuality.

Domestic abuse isn't just physical; it can be psychological, sexual, emotional or even financial and can include:

Anyone can be abused, no matter where they live or how much money they have.

It can affect anyone, regardless of race, age, class, gender, religion or sexuality. It happens in all kinds of relationships: heterosexual, lesbian, gay, bisexual and transgender.

Domestic abuse is not the victim’s fault. Help is available for victims & survivors and for perpetrators.

The signs of domestic abuse

While every domestic abuse case is different, there may be tell-tale signs that indicate abuse is taking place. These include:

The impact of domestic abuse

High numbers of women, and many men, will experience domestic abuse in their lifetime. The impact of domestic abuse on the victim and on children, even once they have achieved safety, is severe and long-lasting.

Despite a longer-term reduction in domestic abuse, an estimated two million adults report being subjected to domestic abuse  and, tragically, 82 women and 13 men were killed by a partner or former partner in 2016/17 .

A study by SafeLives suggests that 52% of children who witness domestic abuse experienced behavioural problems and issues with social development and relationships; 39% had difficulties adjusting to school and 25% showed abusive behaviours when they were no longer exposed to abuse. Evidence also shows that adults who witnessed domestic abuse as a child in their home were far more likely to experience abuse by a partner as an adult (34% compared with 11% who did not witness domestic abuse).

For many people domestic abuse is seen as a ‘taboo’ subject; it isn’t easy to talk about. People often ignore the signs. People also tend not to get involved. No matter how much the abuser blames the victim – no one deserves to be abused. There are many reasons why victims don’t seek help – fear; lack of confidence; low self-esteem; cultural, family or religious expectations; etc.; many are too young or old to seek the help they need. It is everyone’s responsibility to have a zero tolerance towards domestic abuse and find out what you can do to help.

Wirral Domestic Abuse Alliance is committed to tackling domestic abuse in Wirral. The 2020 Wirral Plan sets it out loud and clear – we have zero tolerance to domestic abuse. We want to stop abuse and improve the health and wellbeing of individuals and families who experience it. We want to see local residents and communities free from violence by decreasing the social tolerance and ‘acceptance’ of domestic abuse.

This graph shows incidents of domestic abuse in Wirral reported to Merseyside Police over the past year.  This shows an increasing trend, which is in part due to the work through the Zero Tolerance to Domestic Abuse Pledge to raise awareness of this issue. This increase is also a key driver for further activity by Wirral Domestic Abuse Alliance, underpinned by a strong message that such behaviour is never ok. 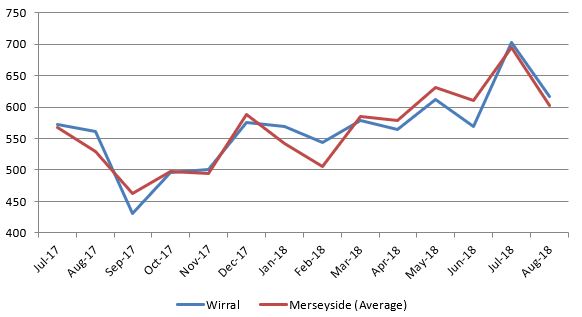